Skip to content
Spread the love
Table Of Contents

Due to high volatility of crypto, traders felt the need of stable currencies. After epic bull run and crypto crash in 2017 the need for stable coins increased further. Tether (USDT) was the first stable coin which entered the market and now sits at 4th position position in marketcap with whopping 7 billion plus market cap, of it grow at this pace it may soon replace Ripple at 3rd position.

But people criticise Tether for its centralised nature and unable to provide an audit if the crypto coins are actually totally backed by United states dollars. Many times its peg value has deviated highly from 1 usd in past. There is also lawsuit going on against Bitfinex and Tether which says they manipulated the market during Bitcoin 2017 bull run.

Soon many new stables coins flooded the market after they saw opportunity in criticism of Tether and we are seeing many more stable coin projects coming up.Though Still nobody has able to compete with tether yet and it is sitting at number one position with a huge margin. The market cap of tether is bigger than all other stable coins combined market cap.

Even after knowing that Tether is centralised and also may have manipulated the market why its uses is growing, let’s discuss.

Tether is the top most stable coin in terms of market cap and is highly controversial too. It’s facing several class action lawsuits. There is fair independent audit of its reserves. After huge criticism it admitted that tether is backed by only partial of caah reserve and rest by other assets like securities and commodities, which uncovers its shady practices.

However, as the digital money not used anything except for trading and speculation tether is able to maintain its number one position as stable , however in coming years we will see gradual shift from people using centralised stable coins to fully decentealised one. The best candidate for now is Dai which is the most decentralised stable coin project out there ( though not fully) and has started Defi revolution which is in its infant stage.

Many people in crypto space has raised there concern time to time but nobody take it seriously as most of the people in space care about only price of Bitcoin and other crypto and not about transparency , privacy and real world use cases.

Tether publishes its records on site but its not backed by any reliable 3 rd party audit firm.

1- First mover advantage , it was one of the first stable crypto coin and it helped traders to easily hedge the risk without withdrawimg the funds everytime. Moreover it helped the exchanges which don’t had fiat pair due to regulatory issues.

3- People don’t use stable coins for anything else trading. Stable coins have no real use case till now as nobody use them for buying actual goods and services. Hence Tether never had to face problem regarding auditing its reserve.

How to prevent Tether monopoly

Generally traders think they should not worry as they just use usdt as hedge and to go in and out of usdt , they seldom encash usdt for actual money , hence this starts a suspicious chain of Tether printing with concern over not fully backed stable coin.

Usees and traders have to learn about technology and not just think of quick profit as it may pop in anytime.

If a stable coin is centralised , look if an independent audit is happening regularly and as many times as possible.

Fully decentralised stable coin is the most suitable stable coin as we don’t have to trust some company. Only code is law in such case. With crypto projects like Dai we are on right track but still needs to go a long way as there are still some problems in stable coins like Dai. Crashing of Ethereum and slow speed of ethereum blockchain has caused problems for Dai in past and also security of smart contracts is also a concern. But according to me Dai is the best stable coin right now in crypto space.

Due to centralisation concern, manipulation allegation on tether and just for seeing opportunity many new alternative stable coins projects came up in market. So let’s a get a brief info about them listed in the order of marketcap

Every month, the US dollar reserves for USDC are attested to by top 5 accounting services firm, Grant Thornton LLP. They publish those reports so that users can be confident that USDC is always 100% redeemable for dollars.

Paxos is also same like USDC it uses Ethereum blockchain and its coin is backed by 1:1 to USD. Customer funds are held in segregated accounts at FDIC-insured, U.S.-domiciled banks.

Paxos Trust Company has engaged Withum, a nationally top-ranking auditing firm, to independently verify at specific points in time that the entire supply of Paxos Standard tokens is consistent with USD in reserve accounts at U.S. banks held and managed by Paxos.

Withum performs month-end attestations of these accounts using standards established by the AICPA.

BUSD is a stable coin launched by most popular centralised crypto exchange binance.It has partnered with Paxos for its dollar reserves.

Paxos Trust Company has engaged Withum, a nationally top-ranking auditing firm, to independently verify at specific points in time that the entire supply of Binance USD (BUSD) tokens is consistent with USD in reserve accounts at U.S. banks held and managed by Paxos.

Withum performs month-end attestations of these accounts using standards established by the AICPA.

HUSD is a stable coin by Huobi Exchange and looks similar to BUSD of binance instead it uses ethereum blockchain whereas binance uses its own chain. There has become a fashion to launch own stable coin by exchanges.

Dai is one of the most interesting and one of the fastest growing stable coin projects and has led to a huge growth of nascent Defi space. Unlike other stable coins its not backed by USD held in bank account reserves but crypto collaterals stored in smart contracts like ethereum ,bat etc. Recently it has added a erc 20 version of bitcoin as collateral. Its my favorite stable coin for now and gateway to defi applications you must check it and use to experience it. 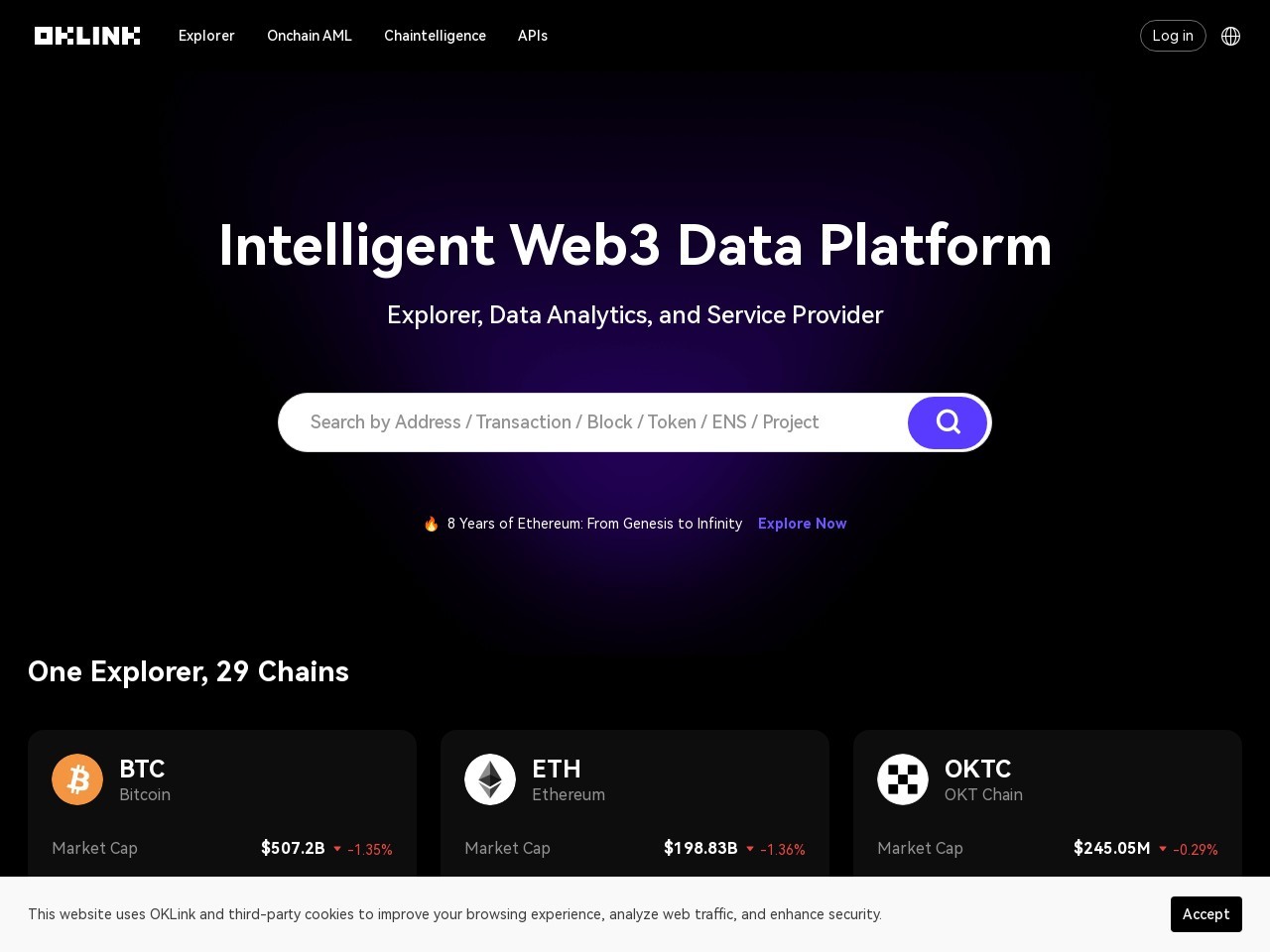 USDK is the stable coin issued by Okex exchange. It’s pros and cons are similar to other exchange issued stable coins.

sUSD is a synthetic tokn in ethereum blockchain created by synthetix network. Synthetic network provides different tokens to get exposure to different assest without holding them , its token tracks the price of real assets.

For e.g you can get exposure to a SnP share say Tesla without even buying and holding it , you can just buy its synth in synthetix exchange.

sUSD value is constant and pegged to 1.

Steem dollars is used as stable coin in Steem ecosystem. In past it had deviated from its peg value hugely. After acquisition of Steemit by Justin Sun the uses of Steem blockchain is decreasing as most of the steem community has migrated to hive blockchain fork of steem. Hive also have similar stable coin named HBD.

Libra is the stable coin project by social media giant Facebook. It has faced huge criticism, backlash and regulatiry scrutiny since announcement. Its still looking to clear regulatory hurdles ahead of him.

Its being said that libra can be a threat to the economy and may make facebook immensely powerful and control of world economy as billions of people use its products. If it gets regulatory nod ,it may become the number one stable coin by market cap after launching.

Due to delay in launching of Libra , Celo got an opportunity which is backed by top names in silicon valley and also has formed a huge alliance similar to libra alliance.

The auction of its token Celo gold will start from 11th may.

Controversy king and Copy master Justin Sun has launched its own stable coin USDJ which is similar to MakerDao Dai. The IEO of its governance token Just coin JST got sold out in minutes in Poloniex exchange which is also owned by Justin. Nothing fancy here , people are putting in money in IEO they get there hands off and jumping ship just after listing in exchanges as short term gains are taking precedance over any long term success.

The success of steem fork Hive has made clear that money power and hype will not work anymore.

My rankings of stable coins

Why i am against exchange issued stable coins

I am against the stable coins issued by centralised exchanges like binance , huobi, okex etc. It looks like every exchange is having its own coin , there is concern of centralization and unethical practices of such coins. Also it looks like the exchanges behaving as banks and whole purpose of decentralisation and crypto is defeated.

As you can see there is heavy competition in stable coin market. Soon one of these projects may try for India too once regulatory framework becomes more clear in India, so we may see INR backed stable coins. Most of the stable coins use Ethereum blockchain and some use Binance chain , Tron etc.

According to me once ethereum blockchain gets upgraded , Dai will become more and more popular. Also Celo and Libra will be having great time as they are backed by big names in industry once they launch.

After few years consolidation will happen and only few stable coins will become popular.

Centralised exchanges issued stable coins is huge no from my side.

You should always try to deal with fully decentralised stable coin with best tech capabilities and userbase. This is the reason why Dai is becoming so popular in so much less time.

What is your favorite stable coin , write in comments